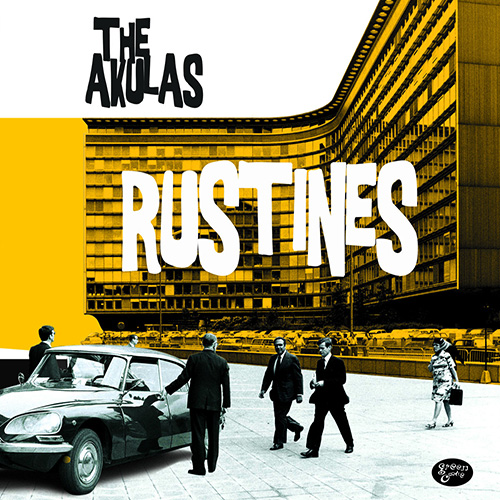 Fine instrumentals, originating between the sun blasted shores of California and the dry deserts of Reverbistan. Rooted in Ghent (Belgium) since 2005, The Akulas remain inspired by the sixties sounds of surf music, Hammond craze and European beat and instrumentals.
After a critically acclaimed 5-track EP released in 2012, The Akulas proudly presented a follow-up full album ‘Rustines’ early 2017 on Green Cookie Records.
Over the last years, The Akulas earned their stripes as a live band on stages in Belgium and also in the Netherlands. They played at events such as North Sea Surf Festival (Amsterdam, NL), Viva Lola Festival (Sint Niklaas, BE), Night of the Phantom (Ghent, BE), Rockabilly Day (Assenede, BE), European Bug In (Chimay, BE), De Nieuwe Anita (Amsterdam, NL), Charlatan (Ghent, BE).