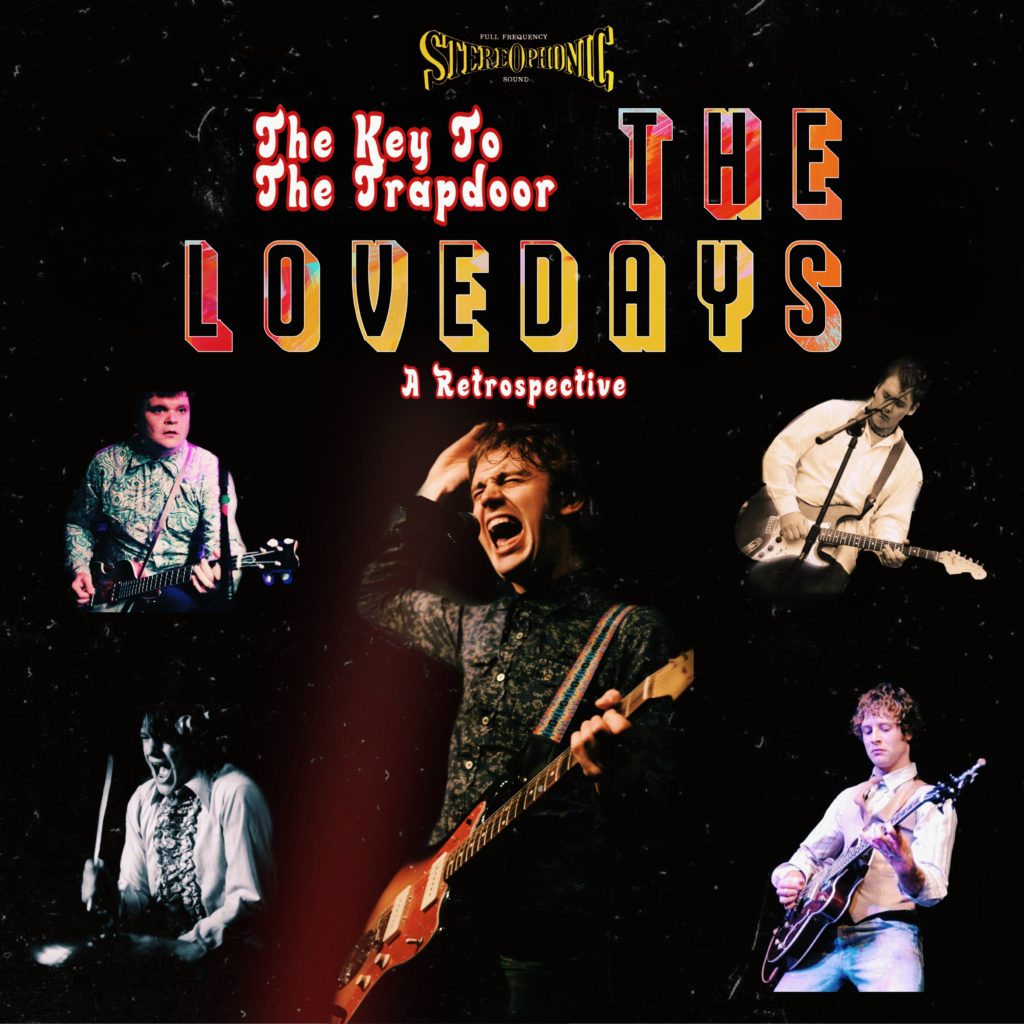 The Key To The Trapdoor (LP)

Green Cookie records presents “The Key To The Trapdoor” a compilation album by The Lovedays. 12 tracks carefully selected from their two albums from the early ’10s. First time on vinyl, coming with a full color insert with lyrics.

Back in the heady days of 2007, long before social media was the reigning king of entertainment, when people still picked going out to live shows over streaming movies, there was a band that made a little blip on the heart monitor of the Medway music scene before disappearing almost as quick.
The Lovedays were a British pop band, in the retro meaning of the word “Pop”. With influences ranging from Brian Wilson and The Who, to Steve Winwood and Roy Wood, The Lovedays aspired to be part of the next generation of classic pop purveyors.
Their eponymous debut received 5-star notices as far afield as the US, with only self-distribution and promotion, along with noted appearances at The Cavern Club in Liverpool and Kennys Castaways in New York in 2009.
They took hiatus in 2010, for pastures new. Ben Jones, the frontman and leader of the band, moved to Austin, TX, where he is part of the roots duo, Beat Root Revival.

England past and times yet to come are all evoked from listening to The Lovedays, a four piece combo from Kent. Make no mistake, the quality contained within these 14 tracks places this set of songs into the upper echelons of great first LPs. The Lovedays wear their influences well: The Fab 4, Small Faces and Ray Davies to name but 3 are all in the boys’ debt but as with all the best artists they take, yet give so much more, creating their own unique sound in the process. And in front-man Ben Jones they have a songwriter of the first order with the priceless ability to weave magic with words and music.

Highly prolific British pop genius Ben Jones has already four full-length records under his belt: two solo recordings and two albums with his band, The Lovedays.
‘House of Cards’ is The Lovedays’ second record and it is full to the brim with powerpop gems.