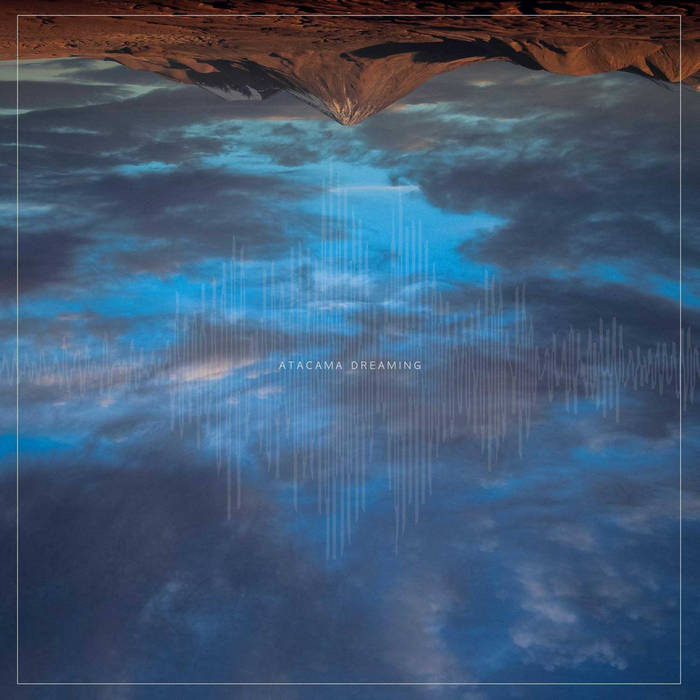 It was year 2013 and the neo-psychedelic rock scene of Santiago de Chile’s was reaching its highest point. After releasing two albums that went from a primitive and urgent garage rock to a more elaborated space rock, Pontiacs, came through with their new self-produced album, “Atacama Dreaming”. Nine songs about the nature through its different dimensions, based on reverberant and repetitive melodies of space rock, dream pop and neo-psychedelia that give form to the most detailed and polished release of the band, which has not been officially released until now.

“Atacama Dreaming” consists of 9 original compositions, taking off with “Constellations”, a dream-a-like Space Pop-A-Delic tune with a remarkable phased fuzzy neo-psych scenery. “Desert Sun” is a slower number, with lots of melodic fuzzy feedback, spacey effected with a cool ‘bubbling sound’, clearly inspired by bands like Spacemen 3. The next one, “Voices” also moves into a slow colorful pattern with reverberate guitar layers and a post-rock ala shoegaze attitude. “Copper Hills (Atacama Dreaming)” is evidence of what can happen if Iggy departs from The Psychedelic Stooges and enters The Brian Johnstown Massacre, the band builds a massive powerful fuzzy wall of sound that is completely destroyed at the end… “Jupiter Beach” is a super cool song that it could easily fit inside Spiritualized 1997’s LP “Ladies And Gentlemen We Are Floating In Space”!!! “Patagonia” is a distorted-psych straight rocker with really interesting instrumentation. “After The Rainbow” is a balladesque kind of acoustic song, a haunted dark Bluesy tune with a killer cold n’ eerie harmonica sound. My personal highlight is “Bulgaria”, pounding drums reminding a hellish intoxicated intro version of “Tomorrow Never Knows”, powerful chords, strong lyrics, sharp keys, and a mind-blowing Heady-Psyche middle section with lots of effects, blistering spacey sounds, I may call it a ‘tour-de-force’ of the album! Eventually, the album closes with “Outro”, a slow acoustic number with a repetitive melody that superficially blends with waves, real sea-waves, and automatically my mind projects images from Atacama desert… A Desert that touches the Sea… So, nice, and serene, and psychedelically trippy… So, what you have here is a firsthand opportunity to grab a vinyl copy of this Chilean band and widen your horizons, give it a try you won’t be disappointed… — reviewed by TimeLord Michalis (10 March 2021)

“Chilean psychedelia that sneaks up, bowls you over. Like, sand dunes are the sound waves of the Earth, man.” — Bandcamp StaffPicks, 2014

“Desert dreams of slow motion head banging. That dune over there just might be a wall of sound. Headed your way. Favorite track: Desert Sun.” — Kevin Johnston

“Rock solid effort from Pontiacs. If you’re a fan of heavy psyche, space rock or stoner grooves, then this album should be on your horizon, as it features all that and a whole bunch more. An artist with a wide spectrum of sounds and styles – super dreamy! Favorite track: Copper Hills (Atacama Dreaming).” — Michael Reilly

Pontiacs are another fascinating Chilean psychedelic rock band, who mix rather melodic neo-psych and 60s psych vibe with modern day psychedelia. Atacama Dreaming is the latest album of this Chilean outfit, and packs some extremely catchy neo psychedelia, with some repetitive drums together with similar basslines. All of it mixed together with some catchy psych rock riffs, coupled with cool mellow neo-psych style vocals. Vocals that tend to even take on a pop rock dimension every now and then. But in a thoroughly good and interesting way. One would just have to listen to the albums first track Constellations to see what I am talking about. Or the second track titled Desert Sun, and even more the third track Voices, which has a sort of a Brian Jonestown Massacre and Holydrug Couple feel to it. A truly awesome track. All of these tracks are also coupled with some really fuzzy garage rock riffs and extreme cathchyness in a mellow psych rock sense.

One of the best tracks on this fine album is however a nearly 8 minute long Bulgaria, which starts off in neo-psych style half pop-rockish feel and ends up with some awesome repetitive psych rock jam that has a very transcendental and ascending nature. One of the best psych rock tracks I have come across in recent years. Other tracks on the album like Patagonia, After the Rainbow and Jupiter Beach are worthwhile as well, and Atacama Dreaming is a really spot on title for this album, since it feels like a dreamish journey in the Atacama desert, where blue skies shine under your feet and the mountaintops on the distance descend from above your head. The world is upsidedown.

If you are looking for some dreamy neo-psych mixed with modern psychedelic rock then Pontiacs are a sure way to go. The album packs some quite diverse songs, which makes it interesting and not dull. Many neo-psych albums these days end up being dull and usual, but this is not the case with Pontiacs’s Atacama Dreaming. Another band that hasn’t gotten enough attention. But definitely comparable to other Chilean greats like The Holydrug Couple.

Busy Chilean psychedelic rockers Pontiacs (or should that be the Pontiacs?) create some lovely, visceral sounds on their newest album “Atacama Dreaming”, combining a dreamy, hallucinogenic atmosphere with the direct, listener friendly tunesmithery of indie pop to create an album which deftly balances tuneful familiarity with more challenging and exploratory moments in just the right ratios to satisfy on both counts – think of Deerhunter / Atlas Sound’s approach and you’re on the right track.
Title track “Copper Hills (Atacama Dreaming)” is a great advertisement for the diversity on display here, with it’s unpredictable tempo changes leading from a frantically busy prog-punk verse into a beautiful, mellotron laden half-speed chorus atop a lovely, glacial, descending guitar part that will melt you.
“Patagonia” on the other hand, is the band at their most direct and straightforward, but still manages to work in an excellent breakdown in lieu of a chorus (which actually does sound like the band has broken down), and some extremely appealing and archaic sounding vintage synth squiggles.
Hell, even when they try their hand at an acoustic campfire singalong on “After The Rainbow” it comes out all skewed and off-kilter.
“Atacama Dreaming” is a really satisfying listen. The pop pay-off to challenging noise ratio really makes the listener feel rewarded for the attention they’re paying, and the two sides mesh seamlessly after a few listens to the point where you’ll forget that parts of it were deeply confusing on a first listen anyway. Couple that with sleek indie-friendly production quality and you’re left with an envelope pushing gem of an album that you can play to your friends who think they’re too cool for genre music, without them even realizing they’re listening to a psychedelic milestone.
Very nice.